As companies increasingly look to incentives to get their employees back to the office, Newsweek reports on the growing divide between company expectations and worker desire to remain fully remote.

ACCUR Recruiting Services’ Edouard Thoumyre is quoted in the article at Newsweek.com:

Edouard Thoumyre, managing partner at Accur Recruiting Services, has reported an increase in the number of applicants refusing jobs that are not fully remote—which leads him to believe they left their previous post for the same reason.

Employers that hire his company “don’t necessarily tell us every reason why people are not coming back,” he told Newsweek. “They probably don’t want to look bad saying they forced people back in the office and they didn’t want to so they laid them off.

“But the fact that so many people who are looking for a job, or considering other opportunities, won’t take on full-time office-based roles probably means that a good portion of them maybe left their job because they were forced to go back to the office.” 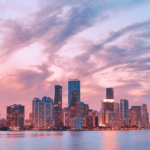